Tesla Solar Roof: Everything you need to know 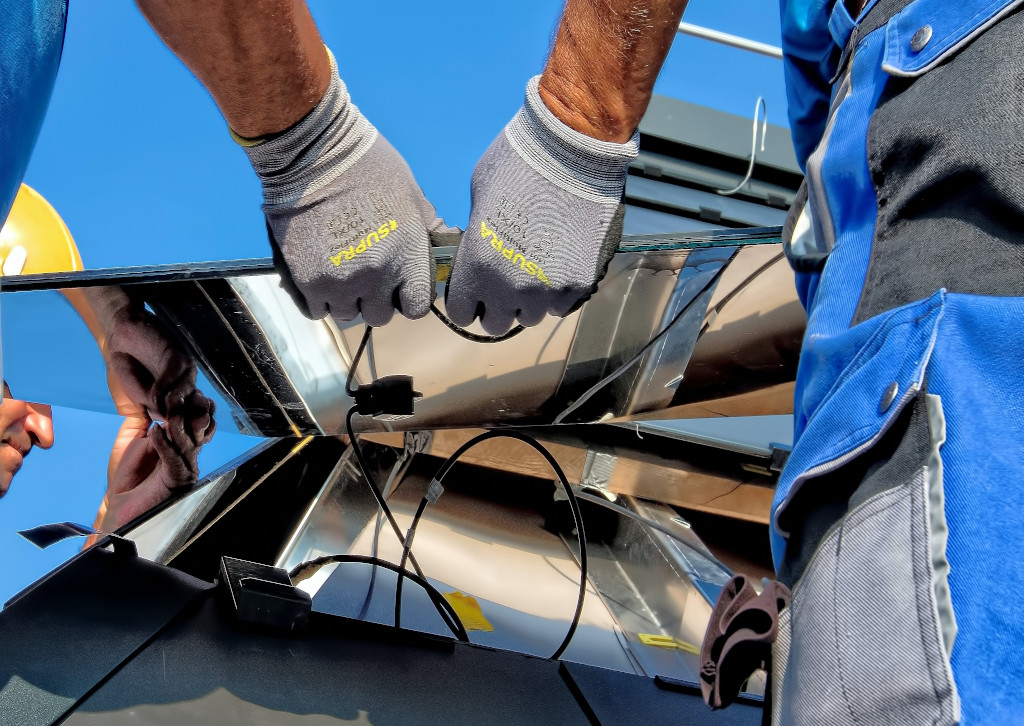 In recent years, there’s been a lot of hype about Tesla’s Solar Roofs in Australia. If you’ve thought about installing this new piece of technology but aren’t sure if it’s worth your investment then you’ve come to the right place. We delve deeper into this topic and explain everything you need to know.

What are Tesla Solar Roof tiles?

Elon revealed the Tesla Solar Roof way back in 2016 on the Desperate Housewives show. At the time, they were still in their developmental phase and not yet available for the mass market.

How do they work?

They work the same way that conventional solar panels work, by converting sunlight into electricity.

However, they’re structurally different to conventional solar panels. These roof shingles are composed of three separate layers.  The innermost layer is the high-efficiency solar cell. The middle layer is film that covers the cell and makes it invisible to people. The outermost layer is tempered glass.

Compare quotes from up to 7 installers in your area now.

When are they available?

After years of delays since they were first announced in 2016, they’ll finally be available in July 2021.

How much do they cost? 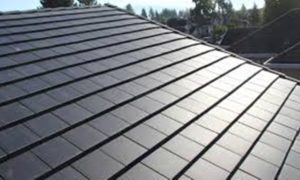 As you would expect from new technology, it’s not cheap and definitely something you would want to assess if it’s worth your investment for your particular needs.

This huge increase has left some customers fuming. For example, one person who had signed a purchase agreement in March 2020 to reserve their order had received an updated agreement with a $20,000 price hike. This has led some to cancel their orders according to the Tesla Motors Club.

Just be aware that Tesla is well known for multiple price changes and delays on their products such as the Model 3 which recently announced a fourth price update. So don’t be surprised if Tesla roof tiles undergo similar updates.

The bright side of the delay is that customers can now enjoy the benefit of having higher efficiency phase 2 solar tiles.

The price increases also reflect Tesla’s increased awareness of the complexity of one’s Solar Roof which can dramatically increase the final cost with installation (and hence showing a more accurate price). On their US based website you can choose the complexity of your roof from simple, moderate or complex. The customer must be aware of factoring into account installation costs and difficulty, especially with a new technology that installers aren’t that well versed on.

Here’s a breakdown of the roof complexities which we recommend you take into consideration as they will have a noticeable impact on final costs:

*Warranty and ratings information apply to the United States only. As of writing there are no Australian specific details

Use with the Tesla App 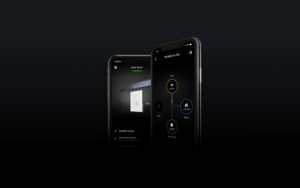 Just like the Tesla Powerwall, you can monitor your solar energy production with the Tesla app.

Charging: If you have both the Powerwall and Solar Roof, you’ll be able to see them charging in real time.Customise option: Includes a ‘self-powered’ mode which enables you to use stored solar to power your home after the sun goes down (if you also have the Powerwall). If you have solar installed, you have two options here – Balanced or Cost Saving. Select balanced to rely only on solar generated electricity when the sun is up. You can select Cost Saving to use stored low cost energy to power your home when electricity is expensive and maximise your savings. This is a good option if you get charged different electricity prices during the day. Depending what state you’re in, it’s best to check your electricity bill to confirm this.Power Flow: This shows the electricity generated from your solar system and how much of that is diverted between your Powerwall and home. Any excess electricity will be exported back to the grid in the form of a solar feed in-tariff.Energy Usage: This enables you to see a breakdown of your energy sources between solar, Powerwall and the grid. It’s a useful feature which enables you to look back and see how much of your electricity needs were relied upon by the grid, and hence make necessary adjustments.Backup History: Gives you historical data about the dates and length of any utility outages.

re they worth it?

Let’s compare the cost of a Tesla Solar Roof vs Jinko solar panels:

Please note that this is an apples-to-oranges comparison with regards to solar panels, as we’re not factoring into account the additional cost and installation of roofing required.

Here’s an estimate of the cost of Tesla Solar Roofs vs solar panels across different metrics.

From a pure price and output comparison, it’s clear from this example that solar panels out beat the Tesla Solar Roof in both cost per watt and meterage, but also power output per square meter.  In other words, you get more bang for your buck with solar panels than Solar Roofs at this point in time.

To give you a clear idea when it comes to shopping between models, let’s compare the Solar Roof with the Jinko Eagle solar panel as a rough comparison.

*Tesla hasn’t publicly released this information, but it’s based on the average for roof shingles.

The warranty appears to be USA specific. As of writing there’s no public Australian details about warranties

Compare quotes from up to 7 installers in your area now.

Competitors: Be aware that there are other solar tile competitors other than Tesla, so it’s best you do your due diligence and research their websites. These include: 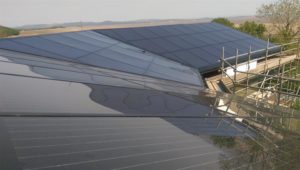 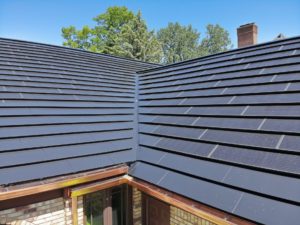 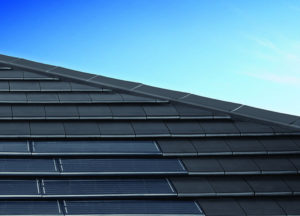 Aesthetics: Tesla Solar Roofs are designed to be aesthetically pleasing compared with conventional solar panels due to the fact that they are essentially replacing the normal tiles you would have installed anyway. Add in the fact that they come in an array of colours and designs to suit your house make them more appealing to consumers that put a high weighting on design aesthetics.

Repairability: The Solar Roof tiles are also likely easier to repair because of the modular design of them. As each tile is tempered, they’re designed to shatter into small pieces. So, this makes them easy to replace and install with new tiles.

Durability: As stated on the Tesla website, their Solar Roofs are designed to be more than three times stronger than standard roofing tiles. If you’ve got a new build, this would be an important consideration.

person breaking the solar tile with a hammer

It really depends on what your situation is. If you’re looking at a new build, then Tesla solar tiles may be the way to go as you’re essentially installing a solar panel and tile at the same time (as mentioned above, do your due diligence and seek accurate installer costs).

If however, you’re installing solar on a pre-existing home, then currently going for a conventional solar panel system is the way to go both in terms of cost outlay and power output.

How do I buy them?

As of now, on the official Tesla website it doesn’t appear they’re taking orders at this moment but you can sign up for updates here.

At the moment, at this point in time  technological curve with solar tile technology being fairly new compared with conventional solar panels, the cost is highly prohibitive for most folks out there. Hopefully as the adoption rate increases, as for anything else, the cost of production will decrease and they’ll be more affordable for the general public.

Compare quotes from up to 7 pre-vetted installers in your area now.

Since 2008 our knowledge and sophisticated software has allowed over 180,000 Australian households and businesses to make a well-informed choice on their solar & battery installer.
Compare Now

The post Tesla Solar Roof: Everything you need to know appeared first on Solar Choice.